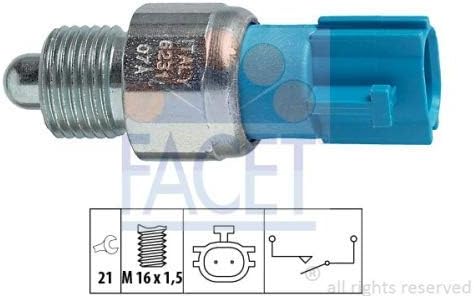 These switches are used to turn on the reverse lights to illuminate the back area during manoeuvring, for example, for parking the car. Equipped with tip seal with flap of mineral oil on the driver's side and a shielded from the rain on the clamp side.